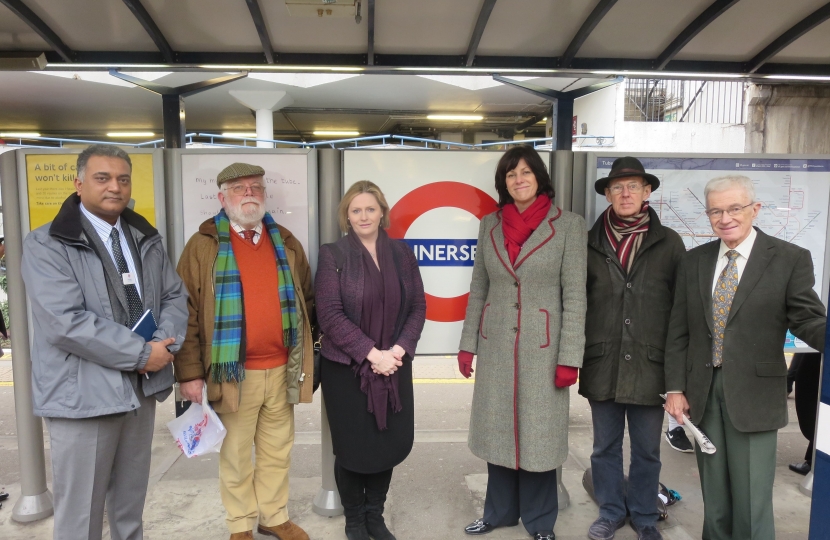 Transport Minister Claire Perry MP met local residents and senior stakeholders today at a session in Chiswick Park to talk about the ongoing project to revamp and improve Gunnersbury Station.

Hosted by local MP and GSAT Chair Mary Macleod, the Minister heard about the progress GSAT has made since its formulation by Mary in 2013. Several major future milestones were discussed, including solving the main two gripes faced by passengers and commuters – safety and congestion.

“We have made good progress on improving Gunnersbury Station, but there is still more work to be done. We need the new footbridge to Chiswick Park Tube Station built and we need faster improvements to the remaining safety and congestion issues. Today I am asking all stakeholders to redouble their efforts to make Gunnersbury Station into the hub it needs to be”.

“The Gunnersbury Station Action Team, led by Mary, has been fighting hard for improvements to Gunnersbury Station. West London needs MPs like Mary to keep pushing and get things done. She has already persuaded the Mayor of London to stop Piccadilly line trains at Turnham Green, and now she and GSAT are well on the way to making Gunnersbury Station fit to face the challenges of the future. I join Mary today in asking all stakeholders to redouble their efforts, so local residents and commuters get the station they deserve”.

“We need to make sure that we look at developing infrastructure in tandem with economic growth, so we stop playing catch up in thriving areas like West London”.