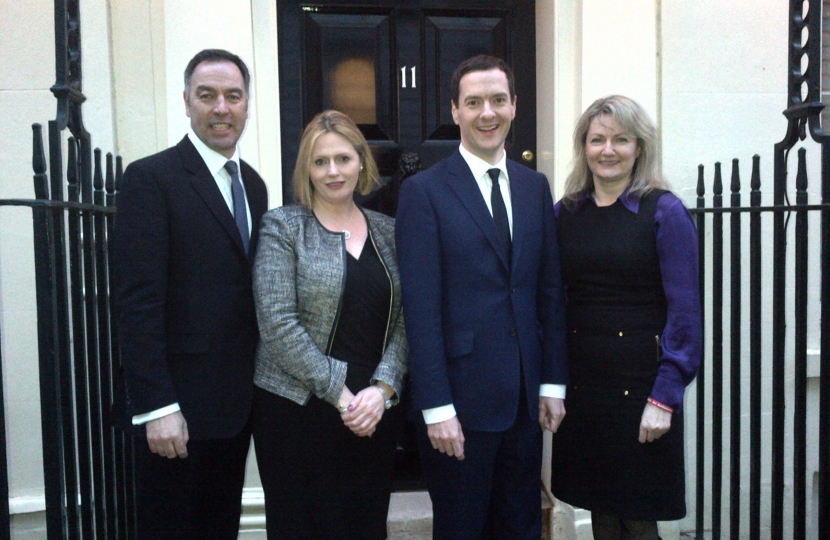 The event, held at Number 11 Downing Street, secured the special backing of the Chancellor, Rt Hon. George Osborne MP. Just hours before, the Chancellor awarded a further share of £5 million to 20 local air ambulance charities, including London which received another £250,000. Guests included London MPs, patients, business leaders, liveries and trusts and employees of the service – including pilots, doctors, paramedics and charity staff.

Brentford and Isleworth MP Mary Macleod, who has been a champion of the LAA for three years, has been lobbying the Chancellor to support the charity. She jointly hosted the event with LAA CEO, Graham Hodgkin.

“I was delighted when the Chancellor announced a further £1 million to go towards a second helicopter – and another £250,000 today. Many people don’t know that the LAA is a charity and needs to raise funds in order to continue its vital service. I am backing the ‘You London, Your Helicopter’ campaign today, which aims to raise another £4.4 million from the people and organisations of London by July.”

“If you want to support the LAA too, please take the time to visit yourhelicopter.london and donate anything you can to help this vital charity”.

“It is thanks to the people of London that we have been able to treat over 32,000 patients. Thank you also to the Chancellor for supporting out campaign for a much needed second emergency medical helicopter, for hosting us this evening and of course for the further fantastic £250,000 contribution towards new premises for the charity”.

“London’s Air Ambulance provides a vital service across the capital and has saved thousands of lives since it was established. I am right behind their campaign to buy a second helicopter and that’s why I have already awarded £1 million in Libor funds to this brilliant charity. I am also pleased to confirm that the charity will receive an additional £250,000 to improve its facilities.”