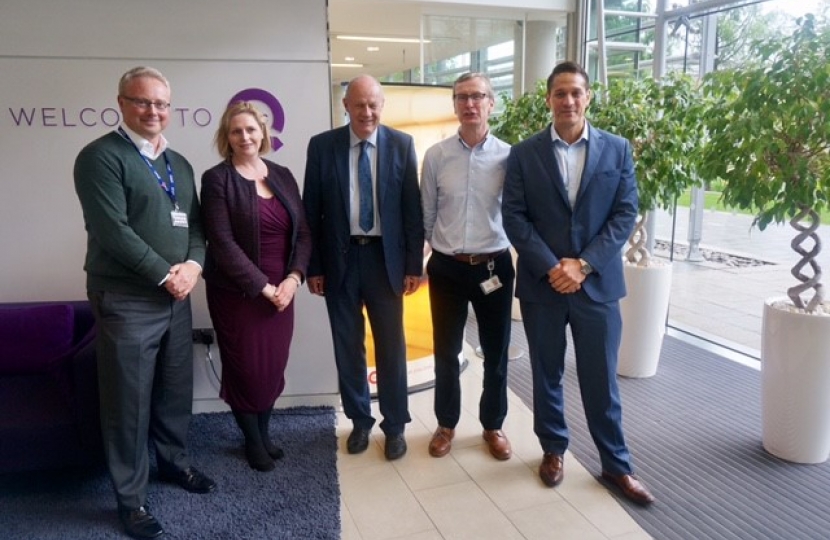 Work & Pensions Secretary Rt. Hon. Damian Green MP joined Conservative candidate Mary Macleod yesterday, May 17th, to visit Chiswick Business Park and canvass locally. The visit coincided with the announcement of record employment figures that show that 2.9 million jobs have been created since 2010.  The figures also showed that the UK now has more women in work than ever before, fewer young people unemployed and rising numbers of disabled people in work.

Damian Green and Mary Macleod visited the offices of global home shopping broadcaster QVC at its UK headquarters in Chiswick Business Park and met with the management and some of the 500 employees based there.    Damian praised Mary for her success as the MP for Brentford & Isleworth between 2010 and 2015 in encouraging hundreds of businesses into the constituency and helping create thousands of jobs – a period that saw local unemployment drop by 38%.

“Jobs matter – especially as we plan for the future for Britain following the EU negotiations,” stated Mary Macleod, the Conservative Party candidate for the June 8th General Election.  “We must build on the very positive jobs figures today with a strong government led by Theresa May.  Visiting QVC today, recently certified as a Top Employer in the UK, reminds us that this is exactly the type of successful and dynamic business we need to attract into the UK and not penalise with the type of tax hikes proposed by Labour.”