Boris campaigns for Mary in Hounslow 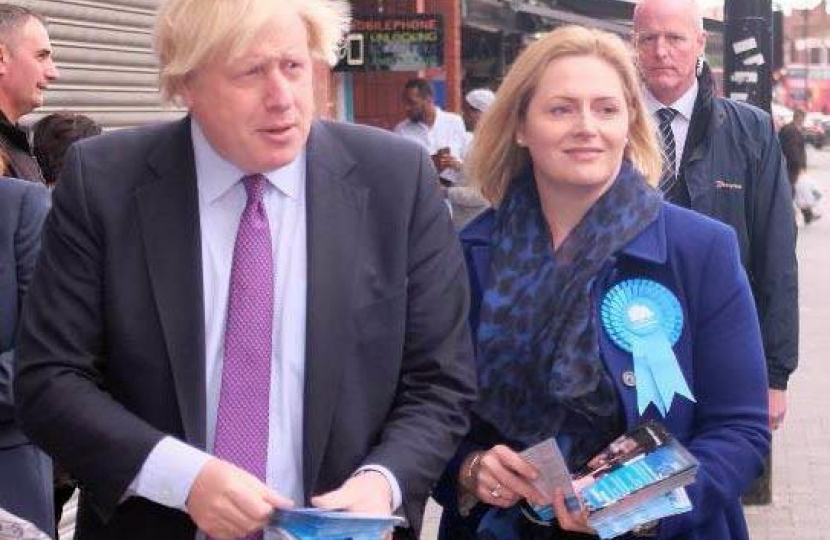 The Rt. Hon Boris Johnson, Secretary of State for Foreign Affairs, came to Hounslow yesterday, May 19th , to campaign with Mary Macleod and promote the Conservative Election Manifesto to local residents. He joined Mary’s campaign team in the town centre where he listened to the concerns of Hounslow residents and discussed the priorities for Britain as Brexit negotiations near.

"I’m delighted to be here today in Hounslow, at the heart of the west London economy, which is so important to the prosperity of our capital and the UK as a whole,” commented Boris. “I want to offer my full support to Mary Macleod whose energy and commitment has been sorely missed in Parliament over the last two years.” He added, “I’m looking forward to welcoming Mary back to Westminster and working with her as part of Theresa May's government as we head into the critical international negotiations ahead that will define our future.”

Mary Macleod commented. "Boris embodies the spirit of enterprise and endeavour that resonates so well with the people of Hounslow and that will help in building strong partnerships around the world. As a country, we face challenges ahead, but with Theresa May as Prime Minister and those around her, we have the team that can deliver a bright new future for Britain. I very much hope to be playing a part in that team if I am fortunate enough to be elected to serve the residents of Chiswick, Brentford, Isleworth, Osterley and Hounslow".